Do you speak english? Buy now on www.lordgun.com OK, Go to site No, thanks
Close
Continue shopping

Qik EVO Silver Winter compression socks keeps feet warm and dry during the coldest periods of the winter season while supporting the muscles without tiring them. They are the result of combining 3 high performance yarns, which promotes thermoregulation: Puresilver Fiber (real silver), MERINO wool and Primaloft®. The combination of the insulation and softness properties from merino wool, together with the strength, lightness and breathability of Primaloft®, creates a sock suitable for competition and intense training. The continuous silver thread woven into the structure, in addition to being antibacterial and antistatic, allows the heat to quickly redistribute along the entire surface of the material. Silver in fact, has a high coefficient thermal conduction, among the highest of the materials present in nature and this allows to contribute to the uniform diffusion of heat by reducing the temperature difference between various zones. The anatomical Y-shaped structure at the foot, ankle and along the leg facilitates blood flow and consequently oxygenation to the muscles, as well as ensuring greater stability and support during pedaling.
Seamless: socks constructed without any seams. They avoid discomfort and irritations, thanks to the use of higher density fabrics, positioned in the most sensitive areas prone to greater pressure, impact or rubbing, such as toes, heels and ankles. The fibers used are like second skin, they expand and shrink, supporting the movement of the muscles involved, wrapping the foot and responds perfectly when pushing and pulling on the pedal. Ergonomic and comfortable socks for a fit without discomfort and rubbing. The chess grip, the anatomical insole and the slight compression in the plantar arch keeps the sock firm and stable, facilitating the power transfer from the foot to the pedal and favoring a correct foot posture even during prolonged efforts. The bandage construction in the ankle area helps to support the joint, while the band around the calf supports the sock without slipping down or tightening and restricting circulation.

Ergonomic insole with differentiated thickness zones. Modelled on the sole of the foot, it guarantees greater thickness in the areas of higher pressure and transmission of energy with the shoe, also providing a pleasant sensation to the touch. Less thickness and lighter weaving in the remaining areas to provide greater breathability and air circulation.

Alternating raised inserts at the metatarsal stabilizes the sock inside the shoe during pushing, transmitting maximum force to the pedal.

Thanks to the most modern production machines, it is possible to apply seamless technology, which eliminates seams and guarantees no discomfort to the foot.

Right vs Left: Anatomical construction of the sock differentiated between right and left foot to ensure comfort and proper fit.

Comfort and maximum stability! The bridge and arch of the foot are wrapped in the sock like second skin, guaranteeing unique stability during movement and at the right compression to facilitate blood flow, thus improving the oxygenation of the muscles and therefore speeding up recovery.

What’s more annoying than a leg-tightening rubber band or worse than a falling sock? Qik's elastic wristband with No-Block-Cuff system adheres perfectly to the leg supporting the sock but without tightening.

High density inserts that protect the heel and dampen the pressure.

The Puresilver technology consists in the application of a nylon wire with 99.9% pure silver incorporated, whose properties have been verified by clinical tests carried out by several universities (State of Pennsylvania, Cornell, New York, Namsa and Tokai) and used by the special forces USA, NASA, Olympic athletes and in the medical field. It is not a chemical product nor a nanotechnology, but simply silver whose properties will remain even after several washing cycles (tested on 250), being irreversibly bonded to a polymer, all in one with the fiber and not treated superficially. Soft and flexible, it eliminates bacteria, fungus and consequently bad smells that arise in combination with sweat (reduction of up to 99.9% in 1h). Due to the catalyst effect, the higher the heat and humidity, the more effective it is. Sweat, in combination with air, oxidizes silver which releases positive ions attracted by negatively charged bacteria. By entering the cell membrane, they attack the DNA, inhibiting proliferation and mutation. It has a thermoregulatory function and thanks to its thermal conductivity that allows to dissipate excess heat. Antistatic, it absorbs and neutralizes surface electrostatic charges.

Not all merino wools are the same. In Qik products they've chosen among the best yarns: soft, ultra-thin, light and extremely insulating wools. Subject to an anti-bacterial and anti-odor treatment, Merino wool guarantees thermoregulation, protecting against cold winters and extreme summer heat, while maintaining breathability.

Soft, warm, dry and durable. Made with ultra-thin, waterproof fibers, it dries 20% faster than merino wool, ensuring high breathability and sweat release. Despite its light weight and low volume, Primaloft guarantees warmth during the coldest seasons.

For the correct garment treatment, please follow the manufacturer's instructions. 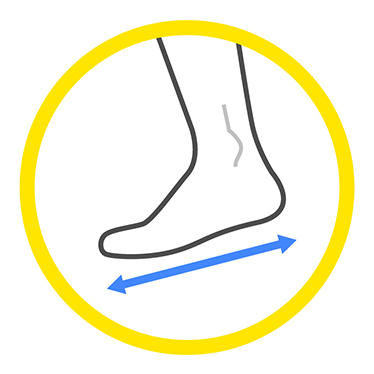 Are you not registered on LordGun?
What are you waiting for, Sign up Now

Everyday we do our best to guarantee our customers:

To ask a question to other users you need to be logged in.

Are you not registered on LordGun?
What are you waiting for, Sign up Now

Everyday we do our best to guarantee our customers: